On an April day in Malta, Joaquin Baruch responded to a call from the World Health Organization’s (WHO) Global Outbreak Alert and Response Network (GOARN). Mozambique needed his services.

Since 2017, an insurgency in Northern Mozambique has displaced more than 950,000 Mozambicans, many of whom now live in resettlement camps.

“Resettlement camps bring all the common suspects that you get in that situation – increased risk of malaria, cholera, vaccine-derived polio outbreaks, HIV – and the health system is not able to meet local needs because of an increase in demand,” said Baruch.

Baruch is a field epidemiologist with expertise in both human and animal health, thanks to his former training as a veterinarian. He recently completed the European Centre for Disease Prevention and Control’s two-year field epidemiology fellowship, EPIET, which participates in The Task Force’s Training Programs in Epidemiology and Public Health Interventions Network (TEPHINET) of more than 100 countries collaborating to strengthen global health security. 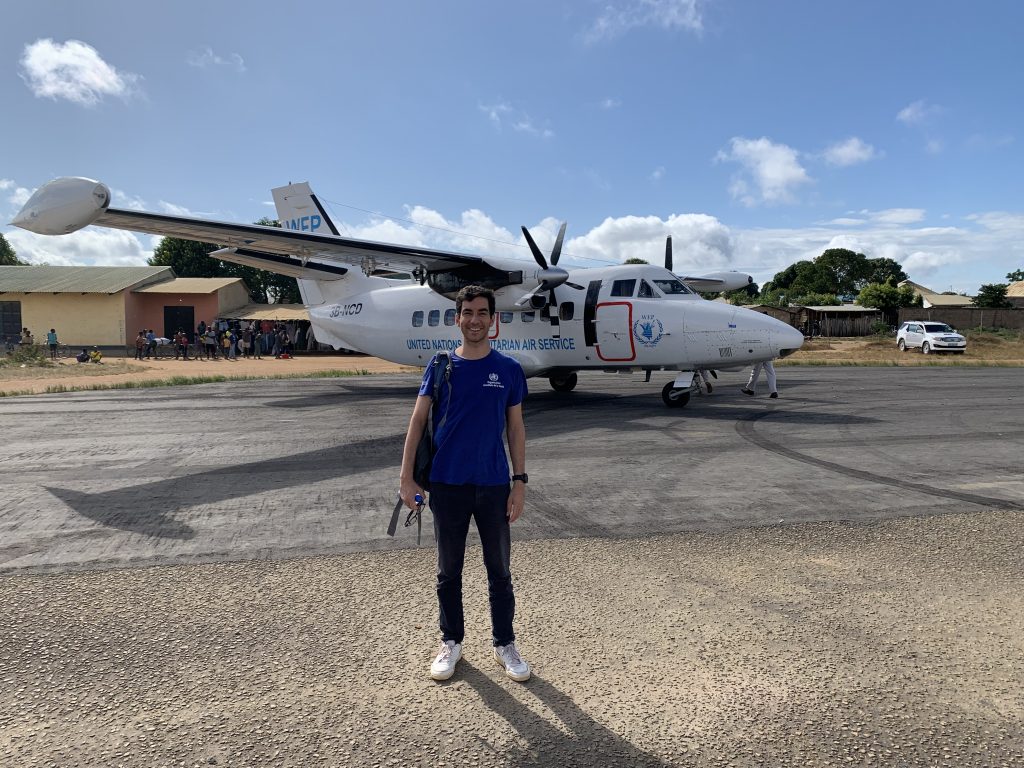 Working with the Mozambican Ministry of Health, Baruch visited 12 health care facilities across five districts to investigate potential outbreaks and to support case recording and tracking.

“In the middle of that process, one of the most interesting stories is that there was a suspected outbreak of rabies,” said Baruch. A case was reported by the Ministry of Health and, drawing upon his veterinarian background, Baruch phoned the United Nations Food and Agriculture Organization (FAO), which formed a joint mission to investigate the outbreak in partnership with the WHO, Ministry of Health and Ministry of Agriculture.

Once bitten by an infected animal, a person contracts rabies, a fatal disease, and experiences symptoms of hydrophobia, paranoia and aggressiveness. It’s a traumatizing way to watch a loved one die.

“Talking to the families of people who had died, I would hear about instances like ‘my wife started to attack me so we had to tie her to a bed’ or how a family had to remove their loved one from their home because they were too aggressive,” said Baruch.

The mission identified eight cases during the investigation, concluding that low vaccination of  dogs, large stray dog populations, and displacement of hundreds of households and their animals were the primary reasons for the uptick in cases. The mission then quickly assembled a mass vaccination campaign for dogs in the district. 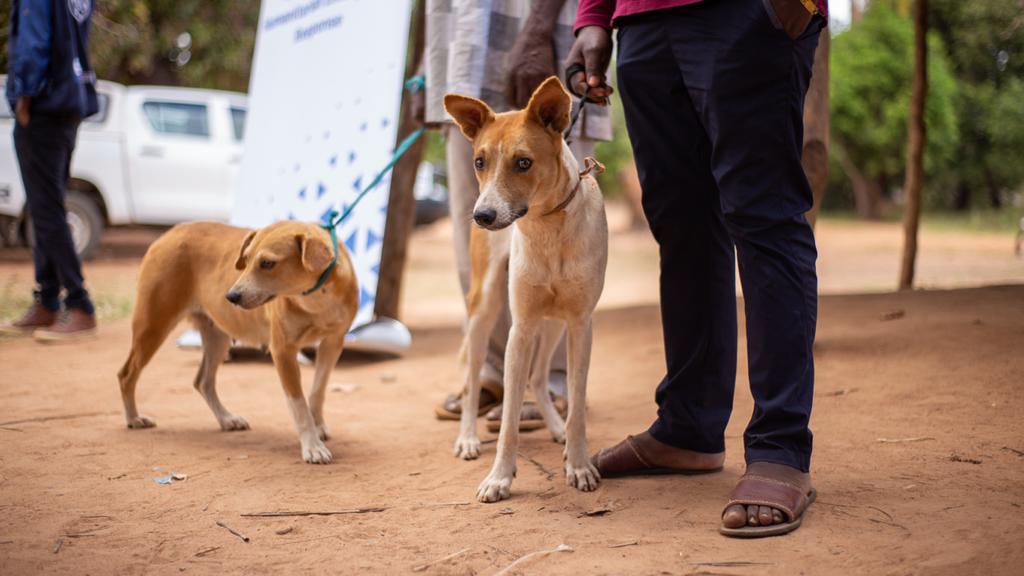 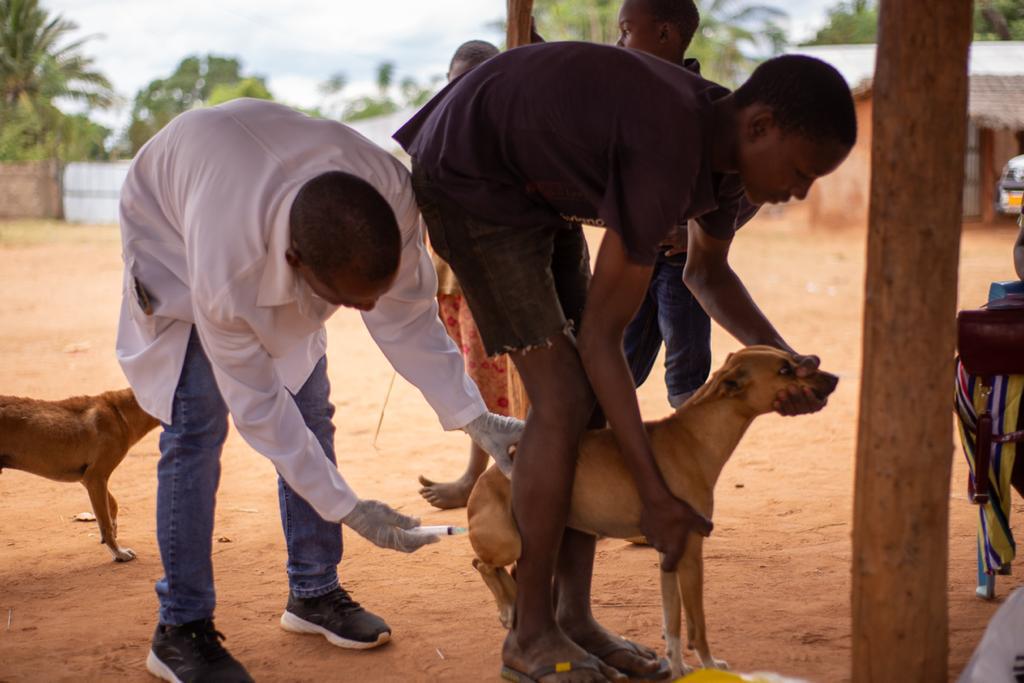 “It is easy to eliminate rabies from dog-to-dog transmission with domestic dogs, but not easy to eliminate it when there is a large population of stray dogs,” said Baruch, noting that this leaves humans at risk. This, he said, is where the “one health concept is good on paper but difficult in practice. The human health sector informs the agriculture sector so that they can follow the dog or other wildlife and figure out if the animal is infected with rabies, but if that communication doesn’t happen then the intervention to vaccinate dogs won’t happen and the cycle will continue.”

But it is a promising start for a collaborative approach to improving health.

“This whole operation is a practice in One Health,” said Tatenda Mutenga, Deputy Head of Office for FAO in Pemba, Mozambique. “This is the first time that these sectors have really come together on a collaborative intervention towards the control of rabies, and it is scalable.”

As of August, the campaign had achieved 56% vaccination coverage of dogs in the first district.

“There was not much room for planning,” said Mutenga. “We dispatched teams quickly to start vaccinations of dogs and now the teams will go back for awareness-raising and to improve vaccination coverage,” thanks to USAID’s quick response in availing funds through the FAO Emergency Center for Transboundary Animal Diseases.

The mission is also working to improve access to diagnostics so they can test samples quickly, with support from the Global Alliance for Rabies Control, and also increase access to the human vaccine, which is too expensive for the majority of Mozambique.

“This is good because people are in a relatively safe environment and bad because people and pets become untraceable or unreachable for disease surveillance,” said Baruch. “Additionally, many areas were just purely unreachable because of safety and transportation challenges.”

Despite the challenges, this example highlights the importance of field epidemiologists, an appropriate reminder as the world celebrated World Field Epidemiology Day on September 7.

“Joaquin sounded the alarm,” said Mutenga, adding that without Baruch’s passion and collaborative mentality this outbreak may not have been investigated thoroughly and responded to quickly.

Baruch is one of 20,000+ field epidemiologists trained by field epidemiology training programs (FETP) around the world. The Task Force’s Training Programs in Epidemiology and Public Health Interventions Network (TEPHINET) supports FETPs in more than 100 countries to ensure that there is a trained outbreak response and disease surveillance workforce fortifying global health security. 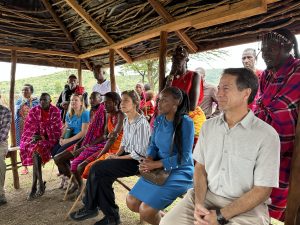 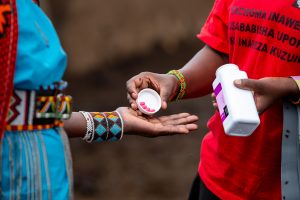