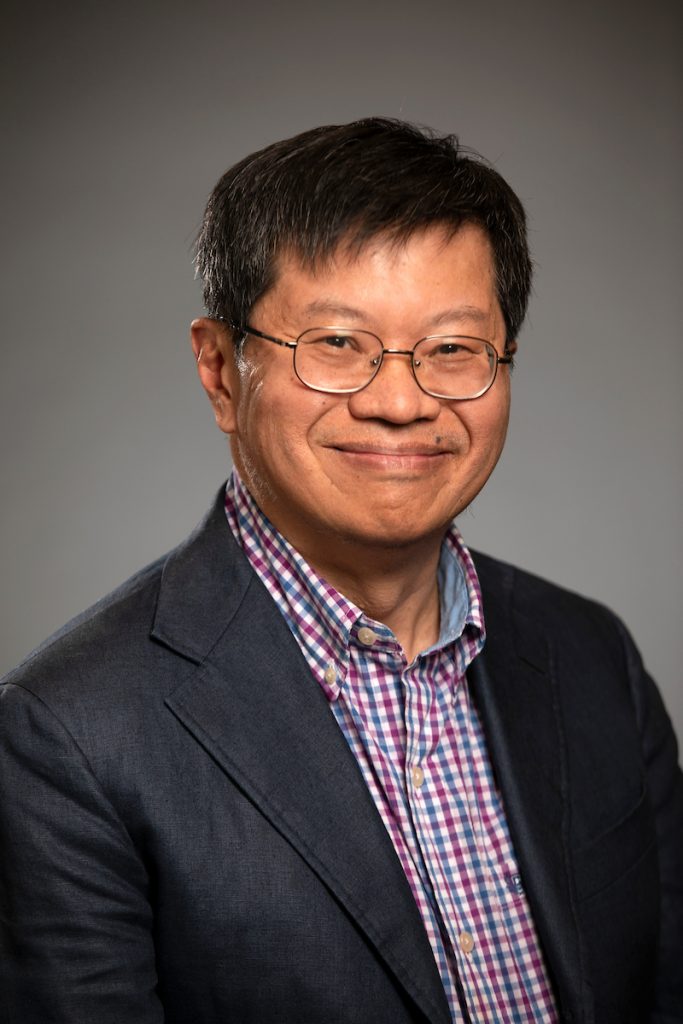 When Robert Chen, MD, MA, first started his public health career in 1987, he joined the San Francisco Department of Public Health’s AIDS Office to work at the epicenter of a disease that was still largely a mystery. Those early years of the epidemic were fraught with tragedies, like a young Chinese woman Chen cared for whose father had saved up for years to bring her to the United States for heart surgery.

“At the time, doctors didn’t know how to screen the blood supply, and she wound up with AIDS,” he recalled. “This poor guy would visit his daughter every day when she was basically in isolation.”

AIDS was universally fatal back then. Today, it is just as manageable as diabetes and other chronic diseases, thanks to a new generation of treatments. What has remained elusive is a vaccine to prevent HIV. The holdup stems from the difficulty in finding a vaccine candidate that can keep up with this wily virus.

The last decade of Chen’s career has been consumed with preventing HIV/AIDS as a Vaccine Team Leader at the Centers for Disease Control and Prevention (CDC). This role was the last of three phases in his 30-year CDC career, the first two of which were focused on investigating outbreaks of vaccine-preventable diseases like diphtheria, pertussis, and measles; and bolstering the U.S. vaccine safety monitoring system.

One of Chen’s greatest accomplishments at the CDC was developing its Vaccine Safety Datalink (VSD) project. Since its launch in 1990, the VSD has monitored vaccine safety and collected data on more than six million people annually to study whether immunizations may cause side effects.

“That project is the epitome of big data being put to use for the larger social good,” said Chen. “It’s the model pretty much every other country is using today.”

Despite significant advances over the last few decades, public misperceptions about vaccination persist. While the average health care worker sees immunizations as a success story that took diseases like measles and mumps from the hundreds of millions of cases down to almost zero, some consumers have more personal experience with the side effects from vaccines than the diseases they are meant to prevent. “That built-in miscommunication results in an unfortunate disconnect,” said Chen.

Since few diseases are actually eradicable, the vaccines against them have to be used indefinitely – ideally at high levels of uptake. One way to improve public acceptance of vaccines is to ensure they are as safe as possible. Unfortunately, safety generally cannot be directly measured. It can only be inferred from the absence of multiple adverse events in studies. Since serious adverse events are rare, unless the information gathered is standardized, the odds of missing them are high.

Although vaccine safety studies have existed for decades, until recently there was little or no standardization. Because every study used its own measurements, it was impossible to compare results (for example, temperature measurements varied by whether they were recorded in Fahrenheit or Centigrade, where on a person’s body they were taken, and how long after vaccination they were recorded) – a problem Chen pointed out in 1999 while giving a presentation at a vaccine conference in Brighton, England. “Afterward, a bunch of people in the audience came up to me and said, ‘This is a gigantic problem. We need to do something about it,’” he recalled.

Just as the standardized periodic table allowed for scientific advances in the field of chemistry, the field of vaccine safety needed a common vocabulary to move itself forward. “That was the basis for the start of the Brighton Collaboration,” said Chen. The international alliance of more than 750 scientific experts formed in 2000 with the aim of advancing the science of vaccine safety, focusing initially on developing standardized case definitions and other guidelines for studying adverse events following immunizations.

As funding was limited, the Brighton Collaboration relied mostly on volunteers donating an hour monthly to join conference calls – a level of effort acceptable to even top global experts.   Since its inception, the Brighton Collaboration has developed more than 60 standardized case definitions and guidelines for recording and reporting adverse events following immunizations. “So now when we study vaccine safety outcomes, they are as meaningful as possible,” said Chen.

The 2010 H1N1 flu pandemic put the group’s new standards to the test. The vast majority, 18 out of 25 (72%) researchers studying Guillain-Barré syndrome (GBS) after flu vaccination, used the Brighton case definition. “For the first time, we could make heads or tails of the results across studies,” he said.

In 2019, the Brighton Collaboration came under The Task Force for Global Health’s umbrella. Chen, who had just retired from the CDC, took over as its director. “By bringing Brighton into The Task Force, we hope to have greater assistance with administration and finance, allowing us to focus more of our energy on the actual program goals,” said Chen.

Soon after, Brighton teamed up with the Coalition for Epidemic Preparedness (CEPI) to launch the Safety Platform for Emergency vACcines (SPEAC) project. SPEAC’s goal is to develop potential new vaccine candidates in preparation for emerging infectious disease threats around the world. CEPI has funded Brighton to assess the safety of these vaccine candidates.

Another of Chen’s goals is to study what he calls the “outliers” – the one in a million people who develop rare but serious side effects after receiving a vaccine. Modern genomic research is making it easier for scientists to sort out why these individuals (but not others) develop such reactions, and hopefully eventually how to prevent them.

His hope is that unusual cases might one day be referred to vaccine centers of excellence, just as rare cancers are referred to cancer centers of excellence today. To that end, he helped to create the Clinical Immunization Safety Assessment (CISA) centers, a network of research facilities where teams of trained investigators evaluate suspicious cases and intensively study vaccine side effects. Today, there are seven CISA centers in major medical centers around the U.S., with other countries (for example, Australia) also starting their own centers.

His hope is that one day, vaccine safety will reach the status aviation safety enjoys today. “If you think about it, flying is inherently dangerous. If you crash, the odds of you being injured or dying is high. Yet millions of people fly every year without thinking about it,” Chen said. “The immunization field needs to inspire that same level of trust.”