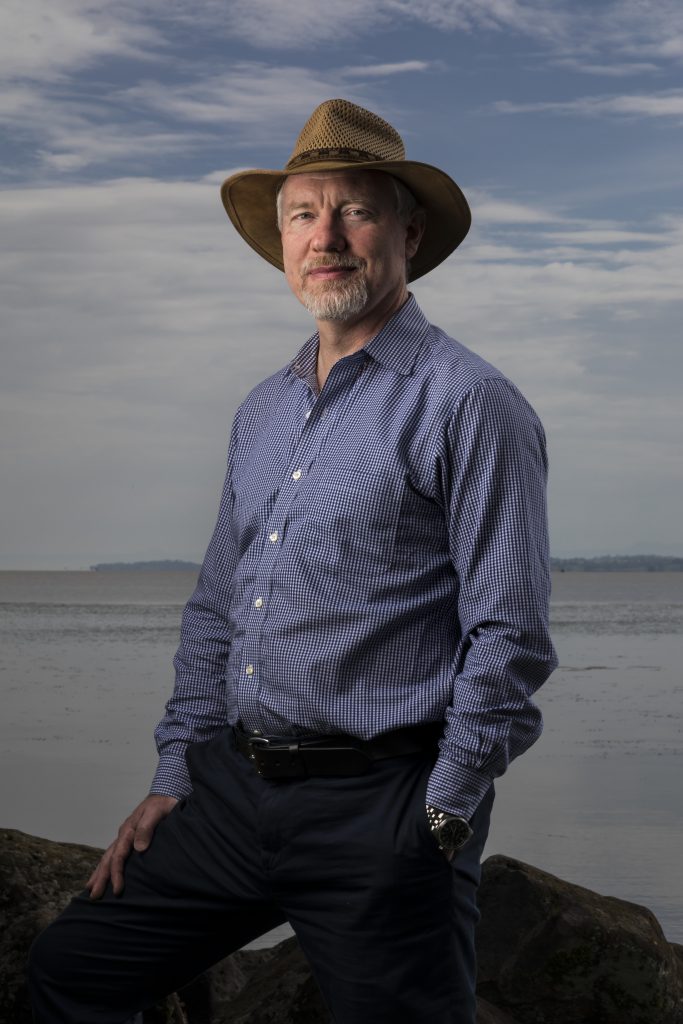 Working Toward the Global Elimination of Trachoma

Paul Emerson, PhD, grew up in southwestern England, but he longed to work in Africa. “It was just something I wanted to do from the teenage years. I had this notion that I would be radio tracking wildebeests sweeping across the plains,” he said.

A deep dive into zoology while earning his bachelor’s degree at the University of Nottingham introduced him to a world of much smaller creatures—the parasites that cause diseases. “The whole thing was just so interesting that I couldn’t imagine doing anything else at that point.”

For the last three decades, Emerson has worked in Africa trying to eliminate neglected tropical diseases (NTDs). From 2004 to 2013, he directed The Carter Center’s Trachoma Control Program and co-directed its Malaria Control Program. He was instrumental in building the programs into the global flagship, and generating the evidence base on which the current global program was built.

He says he’s always been attracted to missions that “have a big impact.” Given that NTDs affect more than a billion people around the globe, the impact of wiping them out will be monumental.

Since 2014, Emerson has directed efforts at The Task Force for Global Health’s ITI, delivering the antibiotic Zithromax® donated by Pfizer to countries like Tanzania, South Sudan, Egypt, and Ethiopia. His original goal in coming to The Task Force was to double the size of the program and work smarter, while keeping the budget the same, which he has already done. When he started, ITI was delivering 50 million doses of Zithromax® a year. Today, it disseminates some 100 million doses annually. “Now we are reaching about 70 percent of people at risk in the world,” he says.

Eliminating trachoma is about more than just handing out drugs, though. Education and environmental change are also critical to halting the spread of this disease.

Trachoma isn’t deadly like AIDS or malaria, but it is disabling. It causes the eyelids to curl inward and the eyelashes to scrape against the eyeball. Over time, this constant raking effect permanently scars the cornea and leads to blindness. Those who are blinded can no longer work and be productive members of their villages, which is why diseases like trachoma have a ripple effect on entire communities—and why health education efforts are so critical.

“People get held back,” Emerson says. “If you can empower communities and individuals in communities to take care of their health, then you get a virtuous cycle of health. Productivity on the farm increases, children can go to school instead of caring for their parents, and there is the possibility of money being left over after the harvest is brought in.”

How to Rid the World of Trachoma

One reason that ITI’s efforts have been so effective is because of comprehensive mapping. Knowing where the disease is most likely to spread has allowed the organization to more precisely focus its efforts to combat trachoma. A surge in funding from partners like the international development agency, USAID, has also been critical to reaching more people affected by the disease.

The education that ITI provides has empowered both governments and individuals living in affected communities to take a personal stake in trachoma eradication efforts. “Every mother and father on the planet would like their kids to be healthy,” Emerson says. “We can offer that to people. When you participate in this program, you prevent your kids from going blind. The people who take the medicine and practice better hygiene see their kids thrive. Then they want to do more.”

During Emerson’s time at ITI, more than 102 million people that the program once supported no longer need the medicine. However, success with NTDs like trachoma is incremental. Several hurdles to providing complete antibiotic coverage still remain, particularly the difficulty of delivering supplies and services to people in war-torn countries like Yemen and South Sudan.

As a result, public health officials won’t achieve the World Health Organization’s goal of eliminating trachoma by 2020, but they’re not very far off. “The global end date is probably going to be 2030 or further out, but I think we’ll get more than 95 percent of the way there in the next five years,” Emerson says.

Once the threat of trachoma has been eliminated, he hopes to use the same set of techniques to combat other diseases. “What the next problem is has yet to be determined, but I don’t want to see all of the skill and expertise we’ve generated go into decline because we’ve been successful,” he says. “It needs to be applied and replicated.”

During 2018, ITI shipped more than 101 million doses of Zithromax® to 17 countries. This statistic tells only part of the story, though. Every time Emerson travels to one of the places where trachoma spreads, he hears directly from the people whose lives this program has transformed.

During one trip to a village in Ethiopia, Emerson asked an elderly woman how old she was. “Three years old,” she said. Puzzled, he replied, “I don’t understand. How can you be three?” She answered, “My life was over. I was going to be blind or impoverished, or both. And then I had the operation and it was like a rebirth. That was three years ago. So I’m telling you, I’m three.”

Emerson calls stories like these “humbling.” “They make you realize this is a job worth doing,” he says.

Despite the challenges to eliminating this disease that remain, he vows to leave no one behind. “I want to make sure that everyone on the planet who needs protection from trachoma gets it,” he says.